Down With the Chips When the Chips Are Down: Kelly v. Cape Cod Potato Chip Company, Inc.

In a recent decision from the United States District Court for the Western District of Missouri, Judge Whipple demonstrated that he is indeed “down with the chips” when it’s crunch time by granting Defendants’ 12(b)(1) and 12(b)(6) motion to dismiss the putative class claims asserted under the MMPA against Cape Code Potato Chip Company, Inc. and Snyder’s-Lance, Inc.    In her complaint, the class representative alleged that the sale of these tasty snacks violated the MMPA because they were falsely labeled as “all natural” and containing “no preservatives.”  As you may recall, a valid MMPA claim requires the plaintiff to allege: 1) the purchase of merchandise from the defendant; 2) for personal, family, or household purposes; and 3) ascertainable loss of money or property; 4) as a result of a practice proscribed by section 407.025.1 of the MMPA.

After sinking his teeth into Defendants’ motion, Judge Whipple may have Ruffled a few feathers when he agreed that the Plaintiff had failed to allege any unlawful marketing practice as defined by the MMPA, which includes “any deception, fraud, false pretenses, false promise, misrepresentation, unfair practice or the concealment, suppression or omission of any material fact.”  First, Judge Whipple found that Plaintiff had failed to provide any plausible or applicable definition of the term “natural,”  and therefore failed to allege that the use of that term in the packaging and marketing of the offending chips was deceptive or misleading under the MMPA.  In doing so, Judge Whipple had to grapple with an issue other courts have had to address – the lack of standardized definitions and standards for marketing terms such as these.  Judge Whipple rejected any application of the Merriam-Webster definition of natural (defined as “existing or produced in nature”) as clearly inapplicable, as potato chips do not occur in nature, which is indeed a pity.  He then noted that the FDA has (quite unhelpfully in the author’s view) thus far declined to adopt any formal definition of the term “natural.”   Finally, Judge Whipple rejected the application of other possible benchmarks from the USDA or FDA as inapplicable to food destined for human consumption such as potato chips.  Absent a standard by which the term “natural” could be adjudged either true or false, Judge Whipple naturally found Plaintiff failed to plead any unfair trade practice by the use of that claim.  In addition, the Court found that the full disclosure of the ingredients on the federal-complaint label as a matter of law defeated any claim that consumers had been deceived as to the ingredients contained in the package.

For the second course, Judge Whipple concluded that the Plaintiff also lacked Article III standing to assert claims for injunctive relief and claims based on the purchase of varieties of chips she had never purchased.  Because Plaintiff had alleged in the class complaint that she would never have purchased these chips had she known the “true nature” of these chips as an “unnatural” and “inferior” product, the Court necessarily found that she was unlikely to purchase them again.  Because few people like purchasing inferior and unnatural products, Judge Whipple found no likelihood of future injury, and therefore no standing to pursue injunctive relief requiring Cape Cod Chips to cease deceptively selling its chips and to truthfully represent them to her.  And while Plaintiff argued that as a putative class representative she had standing to assert the claims of unnamed class members who had purchased the twelve varieties of ships she had not purchased, Judge Whipple didn’t bite.  Because the class representative must have personally standing to bring the class claims, he concluded that she could not maintain an action on behalf of other class members for the purchase of flavors of chips she didn’t purchase. 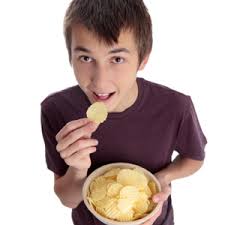 This brief but salty order has some real nutritional value.  First, it tells us that absent an applicable definition of the standard or term claimed to have been falsely represented, it’s hard to show it was misrepresented as an unfair practice under the MMPA.  Second, full disclosure of the ingredients on the label crunches any potential claims based on consumers misunderstanding the ingredients.  Finally, there’s no Article III standing in consumer classes for products the class representative didn’t purchase, and no standing to enjoin the future sale of a product which you have pleaded you wouldn’t buy again anyway.   We’ll keep an eye on this case in the event Plaintiff a-peels.

Drawing the Line Between Enforceable and Unenforceable Arbitration Agreements